The latest chapter in Dish Network’s TCPA saga played out this week in a decision released by the Tenth Circuit Court of Appeals, which concluded that Dish was not entitled to insurance coverage for TCPA claims.  In ACE American Insurance Company v. Dish Network, LLC, a three-judge panel upheld a trial court’s decision that Colorado law prevented Dish from receiving insurance coverage for its TCPA violations.

The decision stems from a dispute between Dish and its insurer, ACE, about whether ACE had a duty to defend Dish in litigation that ultimately resulted in an historic award of $280 million against Dish for claims brought by the United States government, and the states of California, Illinois, North Carolina, and Ohio.  Initially, ACE determined that Dish was entitled to coverage and paid over $900,000 in attorney fees in defense of Dish, while reserving its right to revisit the coverage question.  Ultimately, ACE did revisit that coverage decision and changed its mind.  ACE initiated litigation in a United States District Court for the District of Colorado, seeking a declaration that it had no duty to defend or indemnify Dish.  The federal district court sided with ACE, and Dish appealed.

The Colorado Supreme Court has held that Colorado public policy prohibits “insuring intentional or willful wrongful acts.” Bohrer v. Church Mut. Ins. Co., 965 P.2d 1258, 1262 (Colo. 1998). “The purpose of the exclusion of intentional injuries from coverage is to prevent extending to the insured a license to commit harmful, wanton or malicious acts.” Am. Family Mut. Ins. Co. v. Johnson, 816 P.2d 952, 957 (Colo. 1991). Specifically, “[t]he public policy of Colorado prohibits an insurance carrier from providing insurance coverage for punitive damages.” Lira v. Shelter Ins. Co., 913 P.2d 514, 517 (Colo. 1996). Punitive damages are “intended to punish the defendant for his wrongful acts and to deter similar conduct in the future” rather than compensate the plaintiff. Id.

The rationale for the Court’s decision creates an important new precedent that any company seeking TCPA insurance coverage must bear in mind.  Approximately half of the states in the U.S. have a public policy similar to Colorado’s that prohibits the enforcement of insurance coverage for punitive damages.  Thus, it may well be the case that even insurance policies expressly providing coverage for TCPA claims will be of questionable force if more courts follow the Tenth Circuit’s reasoning.  Therefore, companies that seek to obtain TCPA insurance coverage should pay careful attention to the question of which state’s insurance law will be applied to interpret the policy if a coverage dispute arises. 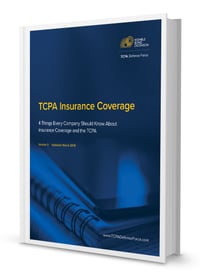