On Tuesday, November 13, the United States Supreme Court granted the Petition for Certiorari filed in PDR Network, LLC v. Carlton & Harris Chiropractic, Inc., a TCPA junk fax class action proceeding that could prove extremely important for any business that uses telemarketing and text message marketing practices.  In electing to review this case, the Supreme Court has agreed to address the following question:

Whether the Hobbs Act required the district court in this case to accept the FCC’s legal interpretation of the Telephone Consumer Protection Act.

Certainly, to non-lawyers this question may seem like a peculiar one, as it does not reference the most common TCPA issues we’ve been recently discussing, such as the definition of an “automatic telephone dialing system” or revocation of consent.  However, the Hobbs Act, and the legal framework under which it operates, is important for all TCPA litigants, as it has a lot to do with the level of deference federal courts give to regulatory agencies, such as the FCC.  Thus, as explained more fully below, the decision to grant the Petition for Certiorari in this case may be an early sign that Judge Kavanaugh’s tenure on the Supreme Court may have profound implications for the future of the TCPA, as TCPA Defense Force Founder David Carter predicted at the time of Justice Kavanaugh’s confirmation.

In PDR Network, the plaintiff, a chiropractic office, received a fax from the defendant offering the plaintiff a free electronic copy of the Physician’s Desk Reference, a popular reference guide listing various FDA-approved medications and prescribing information.  Thereafter, the plaintiff brought suit, claiming the defendant had violated the Junk Fax Prevention Act of 2005 (which is part of the TCPA) by sending the plaintiff an “unsolicited advertisement.”

The district court sided with the defendant, ruling that the Act’s “unsolicited advertisement” definition was clear and unambiguous, and that, as a result, the court did not need to defer to the FCC’s 2006 order.  Thus, the district court chose to ignore the FCC’s 2006 order and ruled in favor of the defendant, holding that its fax did not meet the Act’s “unsolicited advertisement” definition.

On appeal, however, the Fourth Circuit disagreed with the district court’s analysis, and in a divided opinion the court held that, under the Hobbs Act, the district court was required to follow the FCC’s 2006 order interpreting the “unsolicited advertisement” definition.

The Administrative Orders Review Act, commonly known as the Hobbs Act, provides the federal courts of appeals – not federal district courts – with “exclusive jurisdiction to enjoin, set aside, suspend (in whole or in part), or to determine the validity of … all final orders” of the FCC (along with several other executive agencies).  In practice, this means that, while parties in TCPA cases may claim that aspects of the TCPA laws or FCC rules have been violated or use these laws or rules in their defense, the parties are not free to collaterally attack the substance (i.e. legality) of FCC rules themselves.  To attack the legality of the FCC rule itself, the party must timely challenge the rule before a federal court of appeals.

The jurisdictional rule prescribed in the Hobbs Act is generally said to promote uniformity because allowing each district court to reach their own conclusions about the meaning of the TCPA would cause significant uncertainty for businesses.  Indeed, the conflicting ATDS interpretation cases from across the country are a good reminder of how difficult it can be for businesses when there is not a single interpretation.  Based on this rational, most authorities agree that the Hobbs Act does not allow district courts to declare an FCC’s order void.  There is a dispute, however, whether a district court’s decision to merely ignore the FCC’s interpretation of an unambiguous statutory term constitutes a voiding of the FCC’s order.

With respect to the above-mentioned conflict, we can see this exact type of disagreement being played out in PDR Network.  For example, the district court (and the dissenting Fourth Circuit Judge) believe that the Hobbs Act does not proscribe a district court from merely ignoring an FCC order if it believes the statutory term(s) addressed in that order are themselves clear.  Ignoring the order, the district court claimed, was not itself a voiding of the FCC’s 2006 order or a declaration that the 2006 order was unlawful.  The Fourth Circuit’s majority, however, disagrees, and claims that ignoring an FCC order is itself “invalidation by [another] name,” which “still runs afoul of the Hobbs Act’s constraints.”  Thus, “[t]o hold that a district court cannot enjoin or set aside a rule but is nevertheless free to ignore it … would allow a party to perform an end run around the administrative process Congress created and instead tackle orders in a district court.”

How will the Supreme Court’s Ruling Effect TCPA Cases?

Under the Fourth Circuit’s holding (along with similar holdings out of the Sixth, Eighth, and Eleventh Circuits), a business facing TCPA liability in a class action cannot challenge the statutory basis of an FCC order in court, even if there is reason to conclude that the FCC’s actions exceeded the statutory authority given to the FCC by Congress.  Instead, a defendant may only challenge an FCC rule by petitioning the agency or by timely filing an appeal in a federal court of appeals. The Supreme Court will now evaluate whether this restrictive interpretation of the Hobbs Act is correct or whether a district court may choose to conclude that the FCC’s interpretation is not entitled to deference because it is inconsistent with the agency’s Congressional mandate.

At the moment it is unclear how exactly this case will play out, but it is possible that the decision to grant the Petition for Certiorari is among the first signs that Judge Kavanaugh’s appointment to the Supreme Court will fundamentally alter administrative law in this country by limiting the deference that regulatory agencies receive from federal courts. 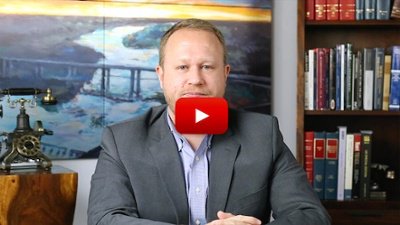