Many courts continue to find that whether a plaintiff has effectively revoked consent is a disputed material fact and refuse to grant summary judgment for companies seeking to challenge revocation. Courts in several jurisdictions have declined to grant summary judgment where the circumstances surrounding a plaintiffs attempt to revoke consent are disputed by the parties. Allen v. First National Bank of Omaha, 2021 WL 2654630 (W.D Pa. June 28, 2021). See also McBride v. Ally Financial, Inc., No. 15-867, 2017 WL 3873615, at *1 (W.D. Pa. Sept. 5, 2017) (finding a credibility determination is required when the parties dispute whether the plaintiff verbally revoked his consent); and Herrera v. First National Bank of Omaha, N.A., No. 2:17-cv-01136-RSWL-SKA, 2017 WL 6001718, at *4 (C.D. Ca. Dec. 4, 2017) (quoting Walker v. Transworld Sys., No. 8:14-cv-588-T-30MAP, 2014 WL 7225212, at *3 (M.D. Fla. Dec. 17, 2014) (“a factual dispute regarding alleged revocation of consent cannot be properly resolved on summary judgment”); Osorio v. State Farm Bank, F.S.B., 746 F.3d 1242, 1256 (11th Cir. 2014) (finding that whether the plaintiff revoked his consent to receive calls was “exactly the kind of factual dispute that cannot properly be resolved on summary judgment” where the parties disputed whether plaintiff told defendant to “stop calling” twice); Singer v. Las Vegas Athletic Clubs, 376 F. Supp. 3d. 1062, 1075 (D. Nev. 2019) (denying summary judgment where a factual issue as to the clarity of the plaintiffs purported revocation remained); Bally v. First National Bank of Omaha, No. 17-10632, 2017 WL 4841420, at *2 (E.D. Mich. Oct. 26, 2017) (finding that “[r]easonable minds could differ regarding whether Plaintiff clearly expressed his desire not to receive further calls from Defendant,” where the defendant's representatives “aver that they did not clearly hear Plaintiffs request to stop calling and were unable to seek clarification because he immediately hung up the phone”).

However, the Fourth Circuit in Carlin v. Navient, 2021 WL 5564671 (November 29, 2021), recently provided some additional encouragement to companies who sufficiently retain records of communications with their customers. In Carlin, Navient moved for summary judgment on the basis that the plaintiff had provided prior express consent and had not revoked that consent. The plaintiff conceded that she had provided the requisite consent, but argued that she had subsequently revoked her consent. Navient was able to persuade the district court to rule in its favor, primarily because it was able to prove a negative – that consent had not been revoked - by presenting its call recordings and written communications record.

The plaintiff in Carlin, a student loan borrower whose loans were serviced by Navient, claimed she had told Navient to stop calling her on “many occasions” and specifically alleged that she had done so on “several calls” with Navient as well as in four letters she mailed to Navient. However, Navient had a “normal business practice” of recording and retaining calls with borrowers and of scanning and retaining letters received from borrowers. None of Navient’s call recordings with the plaintiff contained any request by the plaintiff for Navient to stop calling her. Additionally, Navient’s record of written communications from the plaintiff did not show that Navient had ever received any of the plaintiff’s letters. Although the plaintiff did not dispute Navient’s communication retention practices, presumably in a general sense, she did dispute that Navient retained “all” communications with borrowers. Despite the plaintiff’s arguments, the court found that her “self-serving” revocation testimony was insufficient and granted Navient’s motion.

Courts often give TCPA plaintiffs claiming revocation the benefit of the doubt and leave the revocation determination to trial. Courts have also granted motions for plaintiffs who seek to affirmatively prove revocation. The Carlin decision, however, proves that fighting the revocation fight at the motions stage can be worthwhile for defendants who are armed with sufficient evidence.

Takeaways for companies: if you record calls, do so consistently. When recording calls is the business practice, it is important to maintain and retain recordings of calls with customers and letters from customers in their entirety. The absence of even one call recording or any gaps in the communications record could have swung this ruling the other way. Although the court was unconvinced by the plaintiff’s “self-serving” testimony, it’s a fairly safe bet that the result could have been entirely different without Navient’s evidence that enabled it to prove a negative.

Master the TCPA Fundamentals with our TCPA Survival Guide: The RULES Edition 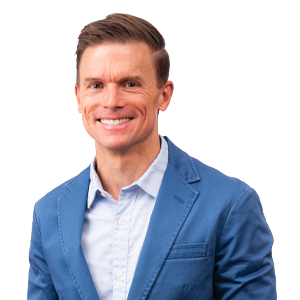 Mike is an experienced litigator with the expertise to not only lead his clients through challenging, high-stakes litigation, but who can also draw upon decades of providing litigation avoidance guidance and solutions to his clients. In Mike’s view “the best litigators shouldn’t only be good at fighting the legal battles, they should be just as good at helping their clients avoid ever getting into those battles in the first place.”